Oral history and tradition have been around since humanity started to tell stories. The Iliad and Odyssey were passed down orally for many centuries before Homer (or someone else, depending on which side of the “Homer question” you’re on) actually wrote them down. However, scholars only began to see oral history’s validity and potential in the 1930s. In this piece, I will highlight some of the key moments in the life of Oral History as an academic field — with particular focus on the Western and American academy.

The official history begins in 1948 at Columbia University. Our protagonist is Allan Nevins, a Civil War historian and former journalist. After the war, Nevins launched “the oral history project,” personally selecting the projects based on their potential for bringing in external funds. However, contrary to what most oral history projects do now, Nevins’ works focused on elites, “resulting in a group of biographies of powerful white males.” (Charlton et al., 2007)

For Oral History, technological progress radically changed the game in the 1960s. The 1963 Philips’ portable cassette recorders significantly magnified researchers’ ability to create oral histories. These electronics, paired with the lives of ordinary people who “had a dream,” left historians wondering if, by uplifting underrepresented communities, society would become more just.

As Rebecca Sharpless tells us: “The civil rights movement, protests against the Vietnam War, and the feminist movement all raised questions about American history based on the deeds of elite white men. Contesting the status quo, social historians began to explore the interests of a multiracial, multiethnic population with an emphasis on class relationships.” (Charlton et al., 2007)

The studies that followed were deeply shaped by this wave of commitment for equity. Social historians had to find methodologies that would support this kind of research, and oral history did exactly that.

A Shared Authority: Essays on the Craft and Meaning of Oral and Public History was published by Michael Frisch in 1990. This collection of essays is an engaging analysis on the collaboration between narrator and interviewer, and the need to uphold the interviewee’s prerogative to describe and interpret history. Frisch studied the aftermath of the interview: the analysis, authorship, and the power dynamics of the parties involved in its creation. This collection of essays had an immense impact on oral history practices. Today, by “sharing authority,” we generally mean involving our narrators in the decision-making process of the oral histories, from project design to curating. Many researchers have written extensively about their shared authority experience. Some, like Lorraine Sitzia have asked themselves whether it is a realistic goal, while others like Dan Kerr have had a positive and productive research experience. Kerr argues that broadening the scientific community through the process of sharing authority, by including narrators and community members in the analysis of the oral histories, produces more objective and effective research, where narrators and their community can also become agents for social change. 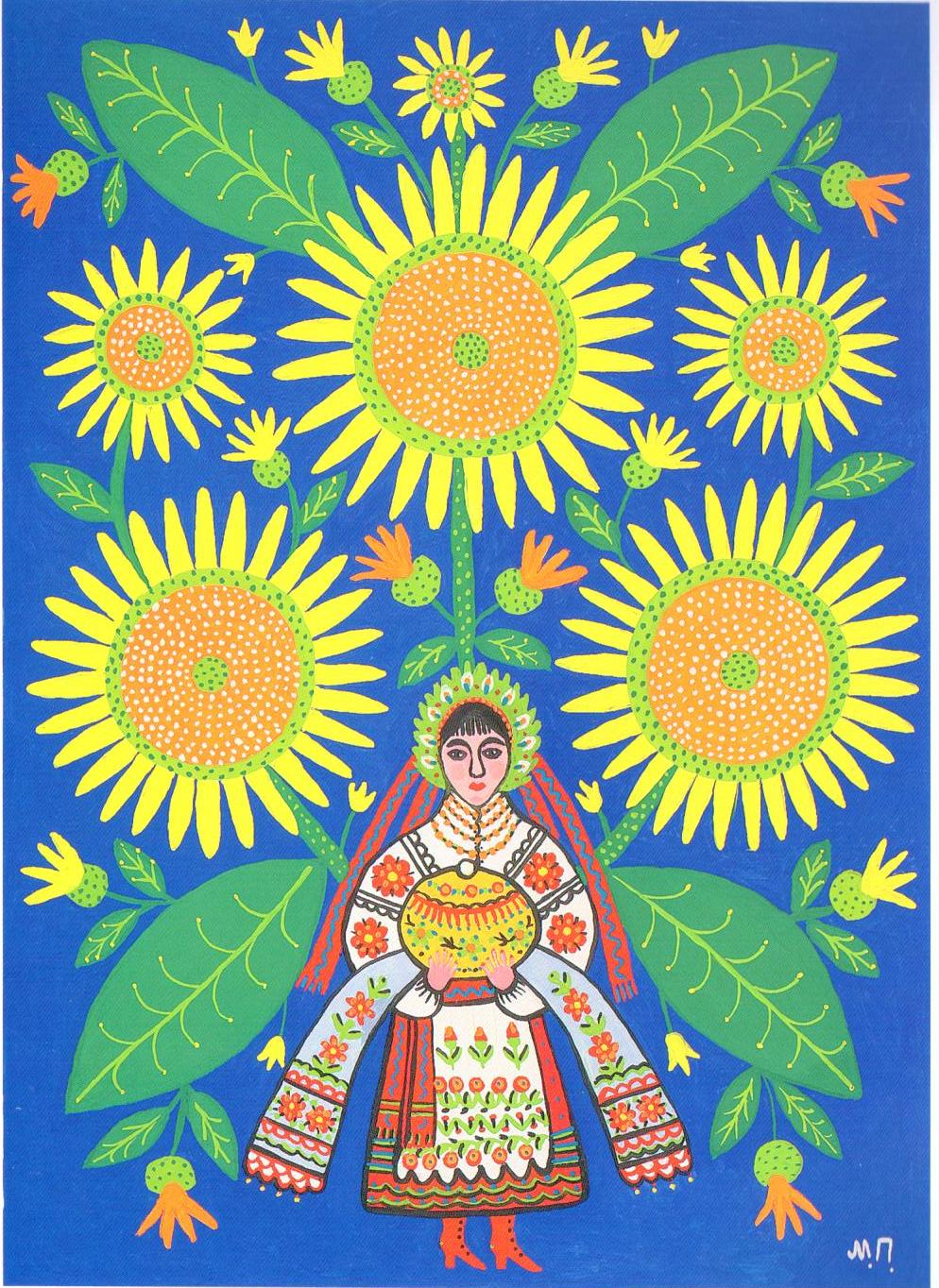 May I Give This Ukrainian Bread to All People in This Big Wide World, Primachenko

Frisch’s essays were followed in 1991 by three thought-provoking publications. Sherna Berger Gluck and Daphne Patai’s Women’s Words: The Feminist Practice of Oral History is a landmark text on feminist oral history. They coordinated the voices of thirteen writers, all women, who reflected on gender, race, culture and politics. Ron Grele’s Envelopes of Sound: The Art of Oral History focuses on how to interpret oral history interviews. He analyses and stresses the significant influence that the interviewer actually has on the interview, and argues that researchers, in their analysis of a life history, need to consider both the content of the interview and the worldview of who narrated it. Finally, Alessandro Portelli’s The Death of Luigi Trastulli and Other Stories: Form and Meaning in Oral History examines memory in depth, and answers many questions on the validity of oral history as a scientific method. Portelli passionately argues that despite the “holiness” we attribute to written sources, we must remember that neither oral nor written sources are actually objective. When we consult oral testimonies we look to enrich our understanding of meaning rather than gathering a list of data or factual information. In his own words:

“The importance of oral testimony may lie not in its adherence to fact, but rather in its departure from it, as imagination, symbolism, and desire emerge. Therefore, there are no ‘false’ oral sources. Once we have checked their factual credibility with all the established criteria of philological criticism and factual verification which are required by all types of sources anyway, the diversity of oral history consists in the fact that ‘wrong’ statements are still psychologically ‘true,’ and that this truth may be equally as important as factually reliable accounts.” (Portelli, 1991)

Today, oral history approaches continue to grow and debates within the field continue to happen. Notably, a recent body of literature critiques academic oral history. An inspirational study on this topic was published in 2019 by Nēpia Mahuika. Rethinking Oral History and Tradition: An Indigenous Perspective is a relevant discussion on how we narrate history. Mahuika argues that the separation of oral history and oral tradition has consistently excluded indigenous oral history from the field in academic settings. The author wishes to persuade his readers to use academic oral history practices within an indigenous framework. Deeply informed by decolonial theory, Mahuika explains how politics committed to prioritizing “decolonisation, reconciliation, reclaiming, and indigenous autonomy […] is a much more empowering politics than a supposedly liberating democratic model imposed by invading colonial cultures.” (Mahuika, 2019)

This blog post aimed at describing the most relevant theories and publications in the history of oral history. As you might imagine, reader, we only scratched the surface. These works offer so much more knowledge and depth than what we were able to briefly explore here. We want to be mindful and end this chapter here, but we put together a reading list of the works mentioned above and other thought-provoking reads on oral history. We hope you can find it helpful.

— — — . Memory and Utopia: The Primacy of Intersubjectivity. Critical Histories of Subjectivity and Culture. London; Oakville: Equinox, 2007.

Today's archive highlight hears from Daniele Volfe, a Brazilian immigrant and immigration attorney. Daniele's perspective is valuable in both her line of work and in our coming collection Gone to Texas: 1965 Migration, which documents the experiences of immigrants and their children following the Immigration and Nationality Act of 1965. #immigration #attorneys
Today's archive highlight hears from Aisha Fall in our Muslim Voices collection about diversity within Islam. Aisha speaks to some of the foundational truths of the Religions Texas archive: no religion is a monolith, and all are bursting with unique stories. #diversity #islam
This week's archive highlight hears from Stephanie Drenka for IDCL's forthcoming collection Gone to Texas: 1965 Migration. Stay tuned for this new collection in 2023! #texas #migration
#oralhistory #newyear
%d bloggers like this: